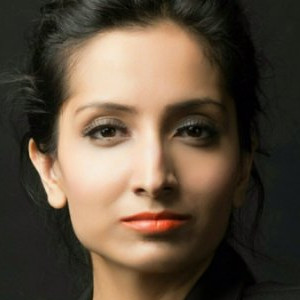 Ankita is originally from North India, born in Mumbai and brought up in the Air Force and Army cantonments all over the country due to her father’s profession. Being the daughter of a Fighter Pilot in the Indian Air Force, she has traveled to border areas of India while her father was sent on a combative mission to Kargil Wars. Having grown up amidst a plethora of varied cultures, she has gained a wider perspective on human conditions and penury.

She has been involved in a number of volunteer roles from teaching poor kindergarten children, managing differently-abled teenagers to holding quizzes for expatriates.

She came to New Zealand at the age of 18 to complete her B.Sc majoring in physics and has eventually settled down in the land of Aotearoa. She started her career as a Software tester and is now a Business Analyst.

She loves intellectual topics, the metaphysics, arts and theater, acting, dancing and singing and has appeared on the Indian Radio in Auckland to sing on their Friday night reunions. She is a voracious reader and has authored her first book in the realm of mind, body and spirit. Her work has been published in the USA through attending writing workshops.She constantly seeks to enact political and social reforms in her community and wants to make a global difference.

She has been attending prayer services of a global spiritual organization (Founded in mid-1950’s) that helps in supporting the world regularly through global healing work and worship.

She is now the founder and director of Hire-A-Mum which will help young women to hire a mum for motherly mentoring support and coaching.  If interested, the website is www.hireamum.co.nz.