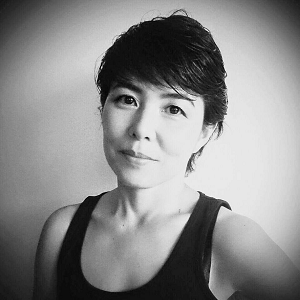 Born in Japan, Noriko worked in the financial industry in Tokyo before marrying a New Zealander and moving to Singapore, where she resided for almost 18 years.  While in Singapore, she founded Vanguard Village and started KIMONO KOLLAB.  KIMONO KOLLAB was a project that gave new life to kimono by collaborating with Singapore-based fashion designers.  The designers transformed the kimonos to contemporary garments and the kimono reborn items were sold successfully at a major department store in Singapore.

In 2015, Noriko moved to Auckland.  With the leftover kimono scraps from the designers in Singapore, she started a community project called Project Wa.  Items of Project Wa are made out of the kimono scraps by a multiple number of Japanese ladies living in New Zealand, and made in their own homes.  Project Wa’s items are sold at local craft markets by Noriko.

Norkio’s latest venture is KIMONO KOLLAB where she is collaborating with fashion designers and artists in any field.

She offers business support to Japanese individuals and small scale firms trying to expand their business abroad.  After the Great East Japan Earthquake, she embarked on a project to raise funds for the victims, selling ‘Japan You Can!’ T-shirts designed by a local PR company, Planet Ads & Design. The project raised more than $300,000, which was donated to the victims via the Singapore Red Cross. She considers herself Japanese and a citizen of the world.

In 2017, Noriko was given an opportunity to work for Oritain Global Limited.  Oritain Global Limited is a traceability company and was awarded “Best Bio-Technology Company in New Zealand 2017”.  Noriko’s mission is to expand their business in Japan.  For Noriko, to protect Japan origin products through this company is a perfect way to maximize her position and ability – working for a New Zealand company and protecting the origin which is the same as Noriko.